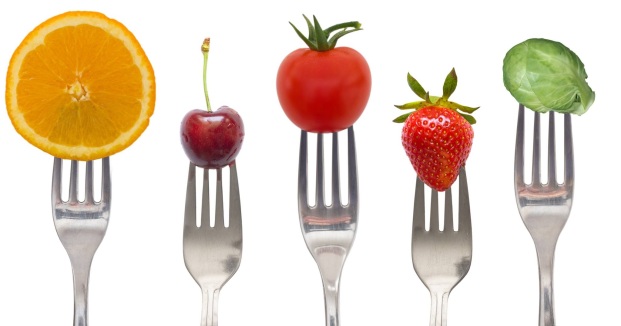 Health, fitness, lifestyle – it’s a triangulation which social media can’t get enough of these days, but rather get spammed with weight-loss tips than constant hate, right?

It’s stretched over a good number of years, and it’s been gruelling, frustrating and at times, rewarding, but for me, working to achieve a lifestyle of health is not an easy one. By no means, I’m a long way away. But if, like me, your life is/was built up of what you thought were harmless habits, you’ll soon find out that they’ll actually result in a bit of a startling wakeup call.

As a result of my own wakeup call, this acted as the catalyst to get up off my arse and change something. I’ll reiterate – I’m by no means anywhere near the finish line.

So, I did, and am doing, my research. I discovered by looking at the bigger picture, having bigger goals and, worst of all, bigger expectations, this would just get you back to square one on numerous occasions. I researched many a field, looking into (and I mean really looking into) nutrition and effective and goal-specific exercises which would help me get to at least where I wanted to be for now. I’m no fancy nutritionist, I’m just a regular person that has an iPhone.

Some of the tips I’ve discovered across social media platforms and countless websites have been as simple as eating certain foods, but also teaching me why our bodies need these certain foods (and exercises) – which in turn makes me more likely to eat them. In light of this, I’ve decided to compile a list of some tips I’ve picked up along the way which are simple, yet equally as integral in your beginning to finally embracing that healthier lifestyle*:

Metabolic Boosters – what, which and why?

Exercise will help boost your metabolism, obviously, but drinking lemon water or cinnamon tea (1 tsp in hot water) first thing in the morning on an empty stomach will really wake it up. Adding spices such as turmeric or cayenne will rev it up even more, and as rank as that sounds, you’ll still be just as good to go if you just down it – no harm done. Drinking iced water will also help, as your body needs to put in extra work to heat up the cooler temperature of the water. Not enough? Exercising early in the morning is a foolproof method to boost your metabolism. Those of you who have a naturally fast one, please disregard the above and kindly leave. Ugh.

It’s proven that the most effective exercise to lose weight is High Intensity Interval Training – this is simply doing any cardio exercise (running, cross-training, cycling, rowing) on the highest intensity you can manage for a short burst (say 30 seconds), and then resuming to a low level for a little bit longer as a rest, and then repeating the cycle for around 30 minutes (or as much as you can manage). This makes your heart-rate yoyo back and forth, and makes your body work harder, making burning fat much more effective. You’ll still be burning calories long after you leave the gym after HIIT, so get it in your routine! Don’t forget to mix it up and vary your training technique as your body easily adapts (if all you do at the gym is run, for example). The shock and variation will make your body react far more to the exercises you do if you ensure you don’t stick to the same old.

Drinking during meals – why you should never.

Ever sit in a slump after finishing a meal thinking “I CANNOT MOVE”? This will probs be why. It’s natural to want to drink before, after, even during a meal, because, well, wine. Unfortunately, this isn’t the best news for your digestive system. Drinking throughout a meal especially disrupts your digestive tract, causing serious bloating. If you stick to either drinking before (preferably) or after a meal, you’ll be less likely to feel like Shrek, like I do.

Hydration – what and when you should drink.

While asleep, your body goes into a deep state of repair and flushes a whole load of toxins out whilst doing so – hence why ‘Morning Breath’ is a thing! This is why you need to rehydrate first thing in the morning. You’ll kickstart your body’s digestion and your metabolic (fat-burning, basically) speed for the rest of the day. You’ll know the average adult needs 8 cups of regular  water a day (if not more), and this does wonders not only for your insides, but your general complexion too. Coconut water is full of electrolytes, which is hugely beneficial if you’re extra dehydrated. It’s important to stay hydrated throughout the day (especially in the morning), and if your pee is looking pretty much transparent, then you’re good, basically.

Extra tip – drinking a warm drink before eating, such as tea, also aids digestion, as your stomach needs to be warm up before any kind of digestion party can happen.

The magic words here are wholegrain shiz and FIBRE. Feeling fuller for longer is a sure fire way to quit reaching for the snacks throughout the day and feel satisfied for longer. You’ve heard it all before, but if you make at least half of your plate stacked with veggies, including dark leafy greens (spinach, kale, anything else remotely rabbit-food looking), you will simply feel fuller. And just eat the brown stuff – just do it. It will keep you fuller and you can still eat your beloved bread and pasta. And apples? They’re your best friend when it comes to belly-fat-burning foods, as they contain a chemical which prevents fat cells from forming specifically in the abdominal region. Protein (nuts, lean meats – if you must – beans, specific veg), of course, is a no-brainer. It builds muscle, which burns fat, so… you do the math.

Green tea is the one that’s raved about the most when it comes to health. Why? Because it’s full of antioxidants (which, to put it bluntly, stop your insides from rusting) and other wonderful things, such as catechins, which help protect your skin from harmful sun-rays, and hence, fight cancer. Green tea also naturally speeds up your metabolism, and is a natural diuretic and hence, detoxifier.

If you want to go crazy, matcha green tea contains the equivalent of 10 cups of green tea in just one cup (1 tsp of matcha powder) – and a shed load more vitamins, minerals and antioxidants. This is because it’s green tea in its purest form – the green tea leaf is ground down into a powder which is then brewed into tea. It’s a bit more expensive (and slightly more hassle), but definitely worth the investment!

Peppermint is great to soothe the stomach and curb an angry appetite, while oolong tea invariably helps weight loss. Like green tea, it also contains polyphenols, which contribute to the speeding up of metabolism. Obviously, it’s full of vitamins too, and the caffeine content helps speed fat burn when resting even more.

Calorie counting – why you should.

Weight loss is really simple. All you have to do is make sure you’re burning more than you’re eating, and the easiest way to do this? Calorie counting. You will have heard, I’m sure, from all over the place that calorie counting is a fad and it’s ridiculous, but in reality it’s just plain logic. I use MyFitnessPal and this app is great, because you can set goals, track what your weight and what you’re eating and know exactly which nutrients are going into your body.

Juicing was another rage that I bought into. If you do it right, it will work wonders for you, but people often are mistaken to believe that fresh fruit smoothies are the way to go. Sorry, I’m about to shatter this image… After blending anything, you should always aim to drink it around 15 minutes after blending, otherwise the nutrient value will just continue to plummet due to the ingredients being exposed. Also, by juicing fruits, blending breaks down their nutrient content, too, so you’re basically left with a heeeeell of a lot of sugar – despite it being less calories anyway. And sugar, well, basically rots you from the inside out. The best way to go is to juice veggies, and even though it’s guaranteed to taste worse, just know you’re getting much more value nutrition-wise.

Immunity – oranges aren’t your only vice.

Did you know that red bell peppers and broccoli have far more vitamin C than a regular orange? Throw them into your meals wherever you can, and you’ll not only be better prepared for your next cold, but notice a brighter appearance in your skin. Garlic is also an absolute saviour for your immune system, but if you don’t like the taste, you can buy odourless supplements to still reap its benefits. But, like, who doesn’t like garlic??

Bone strength – why you need to act now, and why milk isn’t actually your saviour.

Vegans -they’re all the rage at the minute, and there’s a reason. Dairy isn’t natural for our system, as for the majority, our bodies really struggle breaking down the lactose, and did I mention cow hormones? Ew. Though you can’t deny its high calcium properties, you equally can’t deny that you can just get calcium elsewhere, which is both better for your body and the cows. Broccoli – just a general superfood that does everything – has high levels of calcium, as does kale, cooked spinach, spring onions, leeks – mostly green stuff. If you are dairy free, get some calcium supplements in you – and of course, exercise now while you’re young. This builds up bone strength while your body is still more adaptive, which trust me, you will not regret in 20 years’ time when it may be too late.

I know I’ve rambled on, but hopefully these few tips will help get you started at least! Just remember that doing your research will do you good, and focusing on the smaller picture rather than the bigger will undoubtedly make your goals far more attainable in the near future.

*I’m not any kind of scientist, these are just tips based on my own experience.